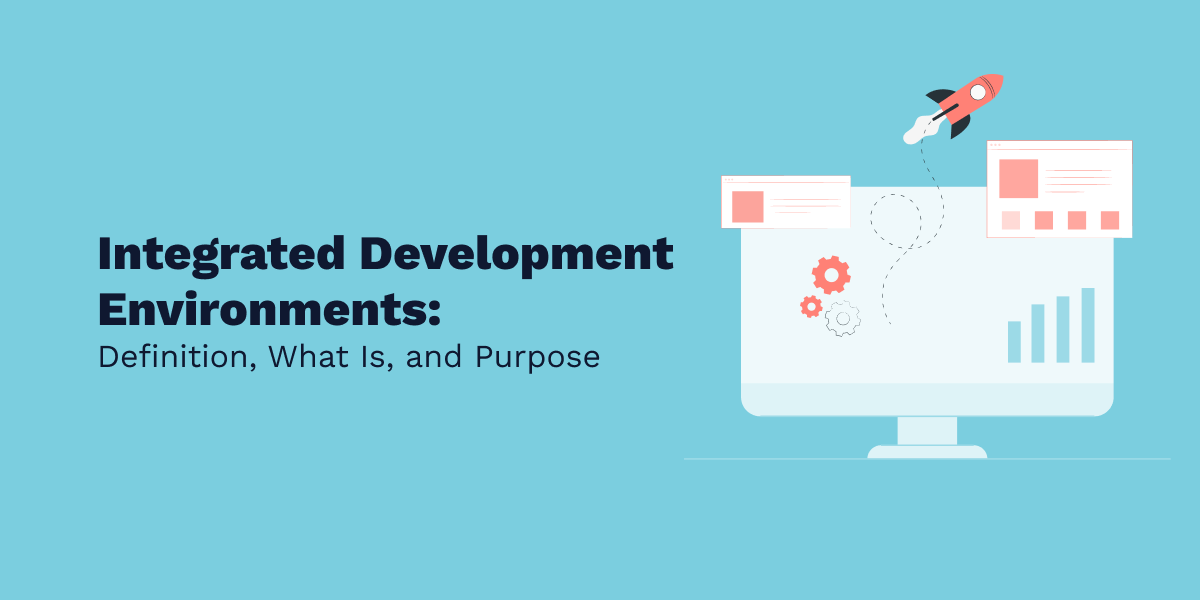 Read on to learn more about IDEs, what they are, and the purpose behind using IDEs for software projects. We will also cover the 14 best IDEs and their differentiating characteristics and how IDEs streamline development workflows.

What is an Integrated Development Environment

What are integrated development environments or IDEs? Simply put, IDEs are software applications that give programmers comprehensive facilities for software development. Almost every IDE has the following:

Depending on their preferences, goals, and preferred programming languages, programmers have a wide range of IDEs to choose from. Here are the main types of IDEs:

These IDEs have specific tools for building different apps. For instance, if your developers are building an app for the web, iOS, and Android, they need a cross-platform IDE that supports all of those operating systems.

As their name suggests, these IDEs support multiple languages. Some, like Flycheck, can even support over 40 languages. Examples of multi-language IDEs include:

The Purpose Behind Using IDEs for Software Projects

IDEs combine common programming tools into a single GUI, making it easy to edit, test, and deploy code in one program. Without an IDE, programmers would have to spend a lot of time deciding what tools to use for different tasks. They would also have to configure tools and learn how to use them.

Because IDEs already contain all of the tools required to create applications, programmers can start programming new applications quickly. They just have to turn on their IDE and start coding.

Finally, programmers use IDEs because they can identify code bugs and fix error messages in real time. Most IDEs accomplish this through the following features:

14 Best IDEs and Their Differentiating Characteristics

Now that you know what an IDE is and why programmers use them, here's a list of integrated development environments.

A free Java IDE for beginners, BlueJ works on Windows, Ubuntu, Mac OS X, and other platforms with Java and JavaFX 17 support. It was designed to be:

BlueJ only supports two languages: Java and Stride. BlueJ has supported Java since its inception, while Stride support was only added in 2017.

The Eclipse IDE is a free IDE for computer programming. It has a base workspace and an extendable plug-in system for customization. Programmers usually use Eclipse to create Java applications, but they can also use it to create applications in other languages via plugins, including Erlang, C, C++, C#, Julia, Perl, PHP, and Ada.

Some of Eclipse's standout features include:

SlickEdit is a cross-platform IDE that supports over 60 languages, including Perl, Ruby, Groovy, Java, PHP, and Python. At $99 per user per year, SlickEdit is less expensive than the average IDE.

Developers can pick from two versions of SlickEdit:

Programmers of all levels can use SlickEdit. However, it may not be the best choice for beginners due to its complexity.

A free open-source cross-platform IDE, Code::Blocks supports multiple languages, including Java, C, C++, and Fortran. Easily one of the best IDEs for beginners, Code::Blocks has a beginner-friendly user interface that makes coding a breeze.

GNAT Studio is a free IDE that supports every step of the SDLC. It provides advanced out-of-the-box support for C, C++, Ada, Spark, and Python.

Its best-known features include:

We highly recommend GNAT Studio for veteran programmers. Although it's easy to use, GNAT Studio is best suited for large, complex systems. It's also highly extensible, making it overwhelming for entry-level programmers.

AWS Cloud9 is a cloud IDE that lets developers build, run, and debug code with just a browser. It includes a terminal, code editor, and debugger, and supports various popular programming languages, including JavaScript, PHP, and Python.

Like other cloud IDEs, AWS Cloud9 lets programmers work on projects from any internet-connected machine. In particular, it provides a seamless experience for developing serverless applications, empowering developers to easily debug, define resources, and switch between remote and local execution of serverless applications.

Like GNAT Studio, AWS Cloud9 is best for experienced programmers — it may be too complicated for beginners. It's also great for remote development and project management.

AWS Cloud9 is free if you use Amazon EC2. You only have to pay for the storage and compute resources. New AWS customers who are eligible for the AWS Free Tier can also use AWS Cloud9 for free.

NetBeans, also known as Apache NetBeans, is a free, open-source IDE. As mentioned above, it is a multi-language IDE that is great for developing desktop, web, and mobile apps. It supports many languages, including:

As a cross-platform IDE, Apache NetBeans can be installed on all operating systems that support Java, including Mac OSX, BSD, Windows, and Linux. It's also extremely beginner-friendly thanks to its simple design.

JetBrains offers many IDEs for different languages, including:

Generally speaking, JetBrains IDEs are great for beginners. They offer state-of-the-art learning tools and tech support. Plus, their products are free for:

Selenium IDE is a free playback test automation and open-source record for the web. It's perfect for beginners and startups because it doesn't require any additional setup other than installing the Selenium extension.

Qt Creator is a cross-platform IDE for maximizing the developing experience. It runs on Linux, Windows, and macOS desktop operating systems and is extremely beginner-friendly due to its supportive community and documentation.

Unfortunately, Qt Creator is not free. It is part of expensive packages that cost at least $300 per month or $3,600 per year.

An extensible, flexible, and free desktop and cloud IDE, Theia lets developers efficiently build and deliver tools with modern technologies. Unlike many other open-source projects, Theia is hosted by the Eclipse Foundation, an open-source foundation that protects Theia's developers and contributors against single-vendor decisions.

Theia supports over 60 languages, including JavaScript, Python, and Java. It also boasts the following features:

We recommend Theia for veteran programmers. Since it's less well-known than the other IDEs on this list, there are fewer tutorials and community resources for learning Theia from scratch.

RStudio is a free and open-source IDE for R, a coding language for graphics and statistical computing. It's available in two forms:

RStudio is probably not a good choice for beginners because R is one of the most difficult languages to code in.

Finally, there's Microsoft's Visual Studio. The most commonly-used IDE, Visual Studio is a free standalone IDE that runs on macOS, Windows, and Linux. It offers support for numerous languages, including:

Like other popular IDEs, Visual Studio boasts many features, including:

Visual Studio has a lot of documentation, but it's not exactly beginner-friendly. Beginners can easily be overwhelmed by Visual Studio's complicated features and user interface.

Why IDEs Streamline Workflow and Create a Modern Process

IDEs are a great way to work efficiently. Used properly, they can streamline development workflows and create a modern process. Specifically, they do this by:

IDEs provide many benefits, including a streamlined workflow and higher productivity. However, getting existing staff to adopt IDEs may be difficult, especially if they're used to programming apps, software, and other products their own way.

That's where Revelo comes in. As Latin America's top tech talent marketplace, we provide access to thousands of programmers with IDE experience and remote developers. To get started, fill in this form. We will send you a list of the best IDE developers for your project within three days. 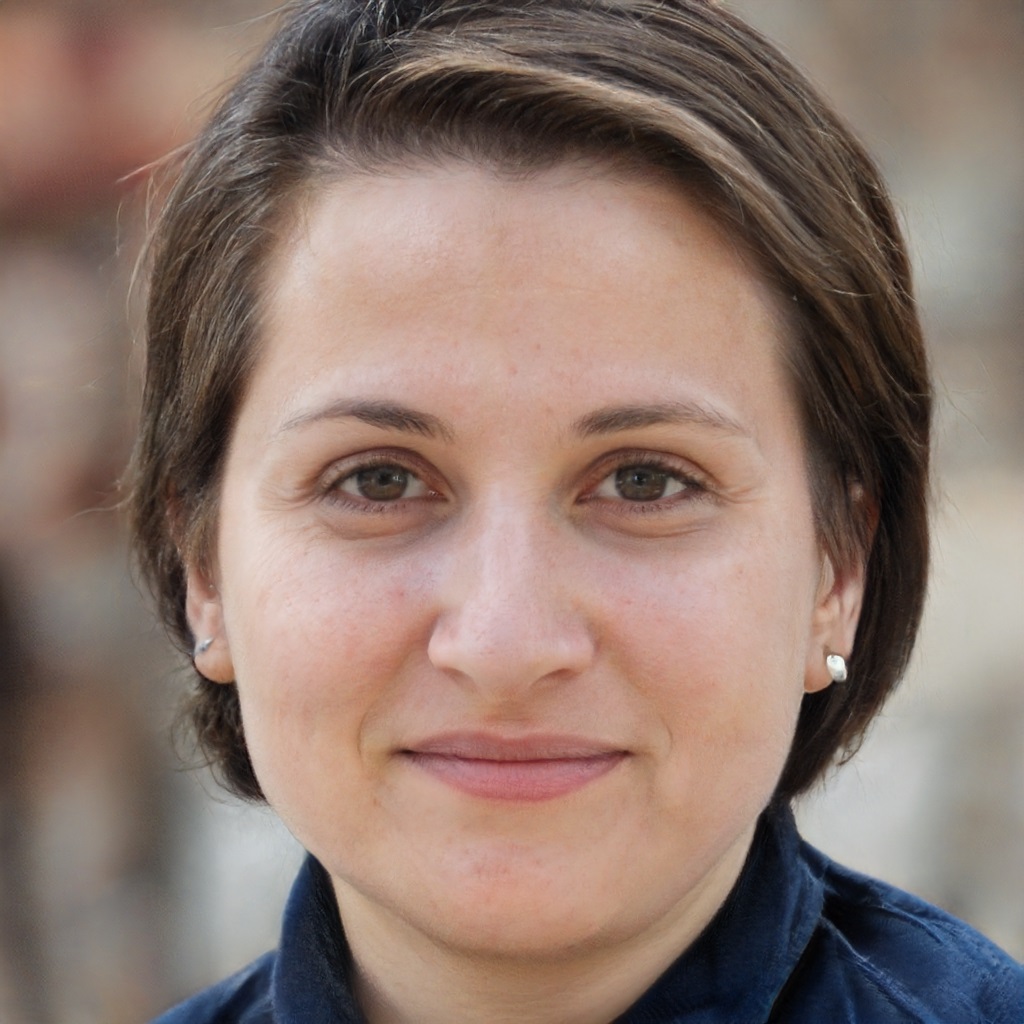 Open Source Tools: What They Are and How To Use Them

How to Find Developers for Your Startup

What Is the Best Blockchain for Smart Contracts, and Why?

Building a Mobile Web App with a hint of Web3