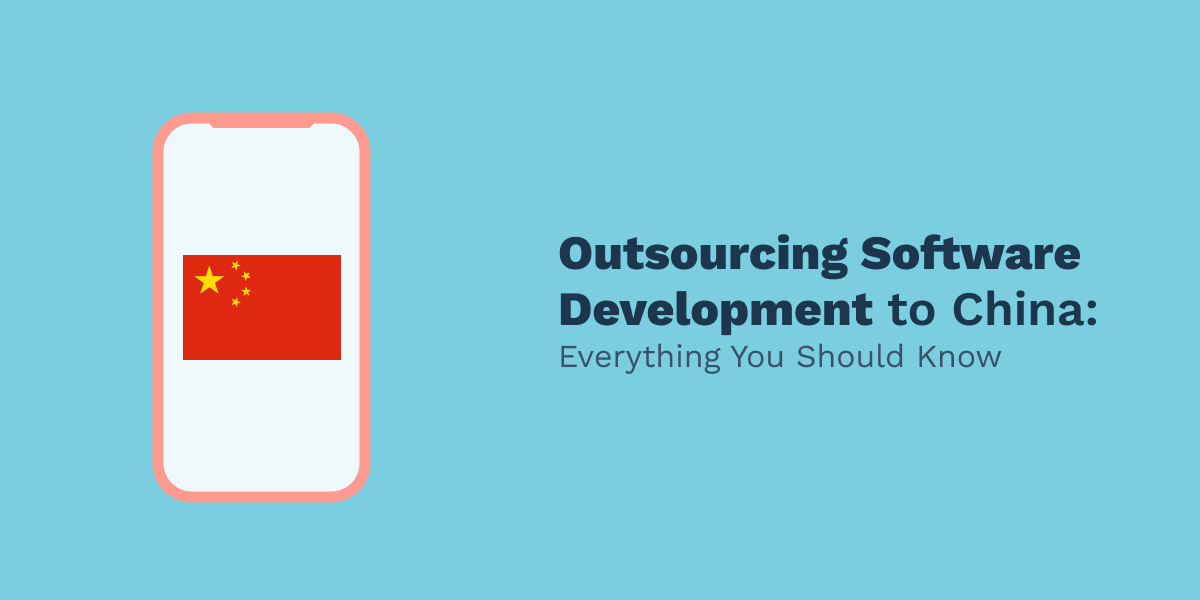 Outsourcing Software Development to China: Everything You Should Know

Outsourcing
Published on
September 2, 2022
•
Updated on
September 26, 2022
Author
•
Luan Campos
Reading Time
•
One of the most popular outsourcing destinations is China. Widely known for its large tech talent pool and cost-effective rates, China is a natural choice for startups looking to cut costs.

Hiring developers can be expensive. According to Glassdoor, the average U.S.-based software developer earns a whopping 97,763 USD per year. That's significantly higher than the annual mean wage of all occupations, which was 58,260 USD as of 2021.

These high rates have been pushing tech companies to outsource software development. By hiring devs from other nations, startups can cut significant costs without sacrificing performance.

One of the most popular outsourcing destinations is China. Widely known for its large tech talent pool and cost-effective rates, China is a natural choice for startups looking to cut costs. It also boasts top-notch tech hubs, including Beijing, Shenzhen, and Shanghai.

The Benefits of Outsourcing Software Development to China

China is home to one of the biggest and most talented tech talent pools in the world.

What's more, this talent pool will continue to grow. According to Statista, the global developer population will reach 28.7 million by 2024, an increase of 3.2 million from 2020. Most of this growth will happen in China, where the developer growth rate is 6 percent to 8 percent heading up to 2023.

Chinese devs are incredibly talented. According to HackerRank, China would rank first overall if there were a programming Olympics. China also ranked first in the following domains:

Chinese developers also offer budget-friendly rates. Salaries vary according to experience, but most Chinese devs only charge a third or a quarter of what their U.S. counterparts would charge.

As previously mentioned, China has a large share of programmers with cost-effective rates. Most junior and senior devs in China charge far less than their U.S. counterparts.

A junior developer is a programmer with less than three years of working experience. They have limited experience creating, testing, deploying, and maintaining software from scratch. Due to their limited experience, they often require substantial mentorship and guidance.

According to Glassdoor, the average junior software developer in China earns 9,176 CNY (Chinese Yuan) or 1,369 USD per month. There are usually 160 work hours per month, which means that the average Chinese junior developer makes 57 CNY or 8.5 USD per hour.

A senior developer is a programmer with over five years of experience. Unlike junior devs, they know how to create, test, deploy, and maintain software from scratch. They're also well versed in multiple programming languages, including Python, C++, and JavaScript.

The salaries of Chinese developers vary depending on their skills. Here's a breakdown of average Chinese hourly salary rates by tech stack:

How To Hire Outsourced Chinese Developers

If you want to hire outsourced Chinese developers, you need to follow certain steps. Otherwise, you won't be able to attract the best talent for your team.

Many companies source candidates through universities and job sites, but the best way to locate FAANG-caliber talent is through Chinese software development companies.

However, that doesn't mean you should send emails to every tech company you see. Instead, you should look for candidates in tech hubs — communities that promote innovation for tech companies.

China has tech hubs in almost every major city.

IT professionals in Beijing are known for their expertise in quantum computing, AI, 5G, and big data.

It's also home to China's Silicon Valley, Zhongguancun. According to Chinese government data, the total income of Zhongguancun Science Park's digital economy will exceed 6 trillion CNY or 917 billion USD by 2025.

One of China's most famous tech hubs, Shenzhen is home to Chinese tech giants Tencent and Huawei. It has drafted plans to cultivate more tech "unicorns" — privately-held tech start-ups — and help them achieve public listings.

Shenzhen is also well-known for rapid technological inventions that have positively impacted the manufacturing industry. Some of the city's key development areas include AI, embedded systems, semiconductors, and hardware. Additionally, Shenzhen is home to Huaqiangbei, the largest electronics market in the world.

Home to Alibaba, the world's biggest online commerce company, Hangzhou is one of China's leading tech hubs. Its top industry verticals include:

Developers in Shanghai are known for their expertise in the following fields:

Once you've picked a tech hub for sourcing devs, you need to create a clear and compelling project description. Talk about your company's values, what skills you're looking for, and what hires will be responsible for.

At a minimum, your job description should include the following:

Here's what your software development project description could look like:

Revelo is Latin America's premier tech talent marketplace. We match FAANG-caliber Latin American programmers with startups around the world. Check out our website to learn more.

After posting your project description, you'll get hundreds of responses. Use an applicant tracking system (ATS) to screen for the best candidates.

Then, make a list of the most impressive candidates. You can then start conducting interviews to ensure compatibility.

Here are some questions you can ask applicants to learn more about what they can bring to the table:

The Downside of Using an Outsourced Development Team in China

As you can see, there are many benefits to offshore software development in China. Unfortunately, there are some downsides, including:

China is 12 hours ahead of U.S. Eastern Standard Time (EST). When it's daytime in the U.S., it's nighttime in China.

Accordingly, it can be challenging to schedule real-time meetings and work on real-time projects with your Chinese programmers. Enormous time zone differences can also make it difficult for your U.S.-based staff to bond with your new hires, since they have limited time to talk to each other.

Chinese tech companies pay very well. Case in point: Tencent software engineers earn 269,216 CNY or 40,175 USD per year. Given that the average cost of living in China is only 380 to 1,000 USD per month, this is quite impressive.

Because they pay so well, the best programmers in China are already working for these companies, leaving foreign companies with the "leftovers" — fresh grads who need substantial training to start building apps and programmers with limited real-world experience.

Last but not least, China is culturally distinct from the U.S. Many Chinese programmers speak fluent English, but most of them have never lived in North America. As such, they may find it difficult to bond with your U.S.-based staff.

If China doesn't seem like the best place to hire developers, consider hiring developers from Latin America. Unlike China, Latin American countries have a large overlap with U.S. time zones. They also provide other advantages, such as geographic proximity, a higher cost/quality ratio, and larger tech talent pools that are less saturated.

Geographic Proximity to the U.S.

Latin American countries are also much closer to the U.S, especially if you choose to hire devs from Caribbean nations like Cuba and the Dominican Republic. So if you feel like meeting your hires, you can just book a flight and see them in person.

Many Latin American developers have staggering cost-to-quality ratios. In other words, they cost less to hire than Chinese devs but boast more of the specialized experience and skills you're looking for.

Finally, Latin America has a larger tech talent pool that's less saturated. China has many top devs, but most of them are already working for Chinese companies like Alibaba and Tencent. Unless you can afford to pay high salaries and benefits, you'll have a hard time competing for top Chinese tech talent.

In contrast, Latin America is relatively new to the outsourcing world, which means fewer competitors. The continent is also home to 33 countries. With so many countries to choose from, you'll have an easier time locating the right picks for your team. This is especially true if you're looking for people with specific skill sets, such as Ethereum development.

If you're interested in outsourcing to Latin America but don't have the time to manually test and vet candidates, Revelo's got your back. Unlike traditional job sites, we pre-vet all of our developers for their experience, English proficiency, and knowledge, so you don't have to.

To get started, all you have to do is tell us your goals. In three days, we'll send you a list of hand-picked candidates. We'll also help you handle benefits, payroll, and Latin American labor laws.

Ready to hire the best remote developers for your team? Contact us today to start building your team. 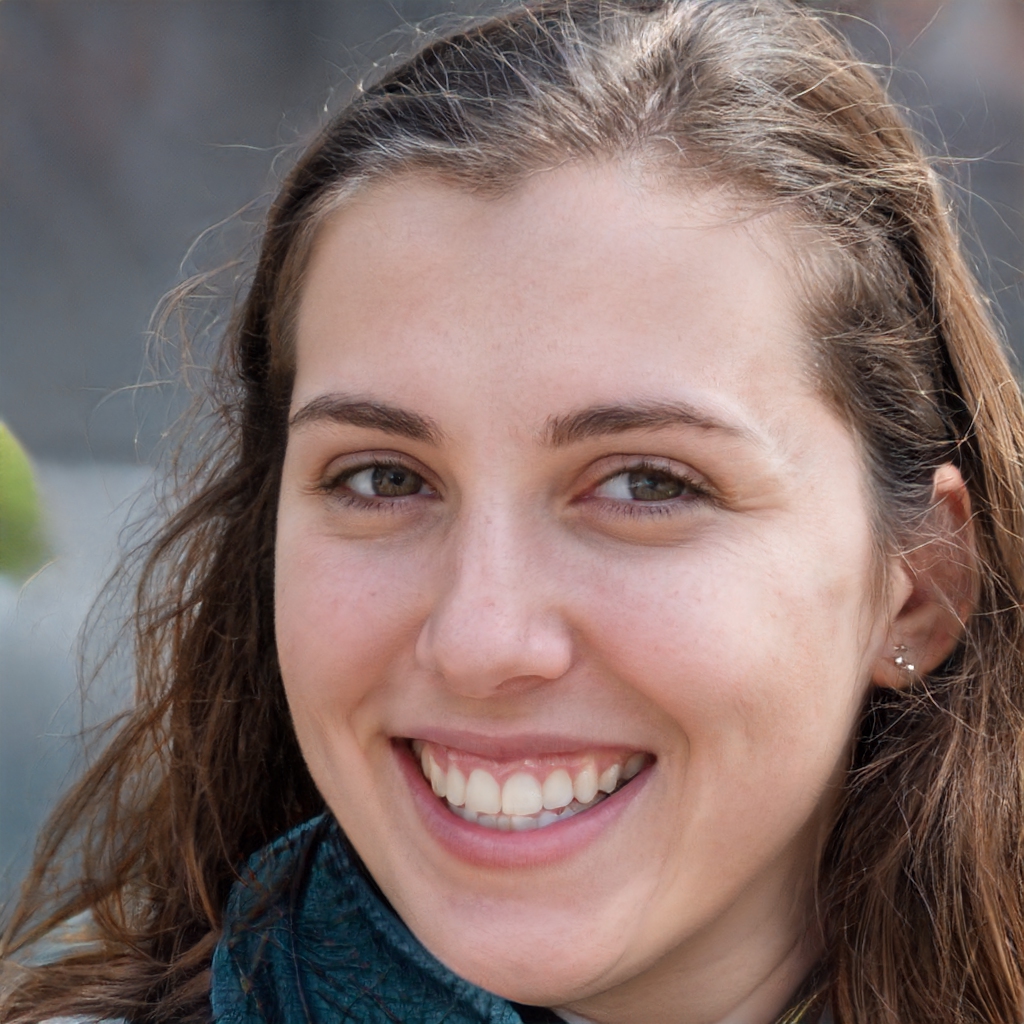 Front-end Developer vs. Front-end Engineer: Which Is Best for You?

The Benefits of Adding a Full Stack Developer to Your Team

Hire DAO Developers: Everything You Need to Know

What Is The Best Way to Hire Good Developers?