Hire Avalanche Developers: Everything You Need to Know

Hiring
Published on
April 7, 2022
•
Updated on
August 24, 2022
Author
•
Reх Huхford
Reading Time
•
Avalanche developers are highly sought as the blockchain becomes more popular. Learn how to assess skills for an AVAX developer and how to best hire them.

The blockchain industry is bigger than ever, with new projects and startups popping up every day. As there are many fresh ideas and technologies to keep track of lately, it can be challenging to know where to start and how to get involved in the field.

Avalanche is one of the newer platforms that offers a lot of potential for businesses and developers alike. It's currently the speediest smart contracts platform, boasting a quick time-to-finality.

If you plan to use the platform for your DeFi projects, you need to hire Avalanche developers with specific skills. But how do you find them in the first place, let alone assess the right skills?

We answer this question in the article below to help you locate and hire Avalanche engineers for your new projects. You'll also find other handy information, such as the benefits of Avalanche and its importance compared to other similar platforms.

Benefits of Avalanche for Blockchain Applications

Avalanche stands apart from other open-source platforms because it's highly scalable. It's the first-ever decentralized platform for smart contract execution that was made for global finance. On top of that, the platform aims to compensate for the limitations of Ethereum by offering near-instant transaction finality.

Let's take a closer look at the benefits of Avalanche for blockchain application development:

The Advantages of Avalanche Chains and Subnets

Besides its user-friendly features, the inherent build of Avalanche is also beneficial for blockchain development. Avalanche has three built-in blockchains that include:

The three chains work together to offer a high degree of flexibility, scalability, and security. The Primary Network secures and validates these three chains as a unique subnet.

The subnets in Avalanche are beneficial as they offer a higher degree of security. They also protect the network from malicious actors and double-spending. Moreover, they allow the creation of private blockchains.

For example, you can create a subnet that only allows specific pre-defined validators to join. As a result, only the validators will be able to see the blockchain's content. Companies that want to keep their information private can leverage this subnets feature to maximize security and efficiency.

Technical Skills to Look for in Avalanche Developers

When assessing the knowledge of candidates, first make sure they are familiar with the following features of Solidity:

Back-end programming languages refer to the server-side of application development. Developers use these languages to create the logic that runs on servers.

Some common back-end programming languages used in web development include PHP, Java, and Python. Usually, developers with experience in any of these languages can also work on others. However, the developer should at least be proficient in Python and Node.js to work in Avalanche.

In blockchain development, the front-end framework includes the user interface and client-side of the application. Usually, developers use JavaScript to write code for the front-end.

React is a popular open-source JavaScript library used for developing user interfaces (UI). It can create single-page applications and cross-platform apps. The developer you hire should also be familiar with React Native.

Besides React, your blockchain developer should also know about Angular and Vue. These are other popular JavaScript frameworks used in web development.

Avalanche engineers get paid well since their role is critical for the platform operation and exists within a growing field. Therefore, when you hire Avalanche engineers, you should expect to pay them a handsome amount. The average salary for an Avalanche developer is $44,850 per year. However, the wage can be as high as $68,897, based on the developer's skill and expertise.

Before you hire AVAX developers, you may want to explore the average salaries for related roles. The chances are, you'll quickly need to expand your team. In a crisis, when you can't find suitable candidates for the job, people from related roles can also make an unexpectedly good fit.

On average, Solidity developers earn $127,500 a year. However, individuals with considerable expertise can make up to $180,000 a year, while entry-level developers make $80,000.

Differences in Tech Experience Needed vs. Other Blockchains

Avalanche shares some similarities with the Ethereum Virtual Machine and Polkadot, but keep in mind that the blockchain has its unique protocol. Therefore, developers experienced in other blockchain protocols may need some time to adjust to Avalanche.

Solana uses Rust instead of Solidity for smart contract development, but the two protocols are otherwise quite similar. Both Avalanche and Solana are proof-of-stake and support multiple virtual machines.

We should mention that if you hire developers with prior experience in Solana development, they will have to learn Solidity to work on Avalanche. However, the familiarity with the proof-of-stake mechanism should help them get up to speed quickly.

Polkadot is another popular protocol that supports multiple virtual machines. However, it uses the WebAssembly virtual machine instead of the EVM. Developers with Solidity experience will not be able to transfer their skills directly to Polkadot development.

Like Solana, Polkadot also uses Rust as its primary programming language. Apart from that, developers can also use JavaScript on Polkadot.

Cardano uses Plutus for smart contract development, a language very similar to Haskell. Nevertheless, developers with Haskell experience will still need to learn Plutus before they can start developing on Cardano.

Meanwhile, Avalanche uses Solidity for smart contract development. Since Cardano is notably different from Avalanche in its programming languages and structure, Cardano developers have a lot to learn before working on Avalanche.

Where to Find Avalanche Engineers

In the beginning, most blockchain developers were only proficient in Ethereum. But with the popularity of other protocols like Avalanche, more people are growing skills in different blockchains. Here are some excellent places where you can find and hire AVAX developers:

Nowadays, there are websites exclusively dedicated to crypto and blockchain-related jobs. Companies can put up job posts and get applications from developers for remote or in-house positions. Here are two of the most popular crypto job boards:

While it may be unexpected, the crypto community is very active on Twitter. Many developers use the platform to share their work, connect with other developers, and look for job opportunities.

To find Avalanche engineers on Twitter, try following relevant hashtags like #solidityjobs, #AVAXjobs, or #blockchainjobs. You can also search for "Avalanche engineer" or "AVAX developer" on the platform to find people who might have the keywords in their bios.

With the rise of web3, marketplaces for relevant jobs have emerged recently. The significant benefit of hiring people from a talent marketplace is that you no longer have to vet the applicants.

In fact, you can hire AVAX developers from any part of the world without going through a lengthy and tiresome recruitment process. As talent marketplaces do all the hard work for you and provide you with customized services, you can rest assured you'll find the best talent without much effort.

Revelo is a talent marketplace that connects companies with blockchain talent from Latin America. You can find pre-vetted developers and engineers in US-adjacent time zones without going through the hassle of posting jobs or sifting through hundreds of applications. We do all the hard work for you so you can focus on your other business tasks and operations.

Are you interested to hear more about how Revelo can support your hiring process? Reach out to us today and experience our solution first-hand.

How to Hire an Avalanche Developer

Crypto job boards make it easy for businesses to post their open positions and find qualified candidates. All companies need to do is write a thorough description of the role, the company, and the qualifications they are looking for in a candidate. From then on, they only wait for people to apply.

However, only a good job post will attract the best candidates, and such an example should include:

The more specific and detailed the job post is, the more likely you are to find suitable candidates. On the other hand, if you put out a vague job post, you'll get hundreds of job applications from people who're not even close to being the best fit.

When interviewing Avalanche developers, you should choose your questions wisely. The answers will help you assess their skills and narrow down your choices. You can start with these:

We have discussed the skills you must look for in your Avalanche developers and the interview questions you should ask to narrow down your choices. However, hiring Avalanche engineers can be a tedious process since you have to go through a lot of steps, such as posting jobs, checking applications, conducting interviews, vetting applicants, and more.

Revelo eases the hiring process by giving you access to hundreds of blockchain developers in Latin America. You can hire Avalanche developers in US-adjacent time zones without worrying about vetting them. Ready for the best part? Revelo also lets you pay your remote employees through the same platform.

Sign up for a 14-day trial to explore Revelo's features and see for yourself how beneficial our services can be. 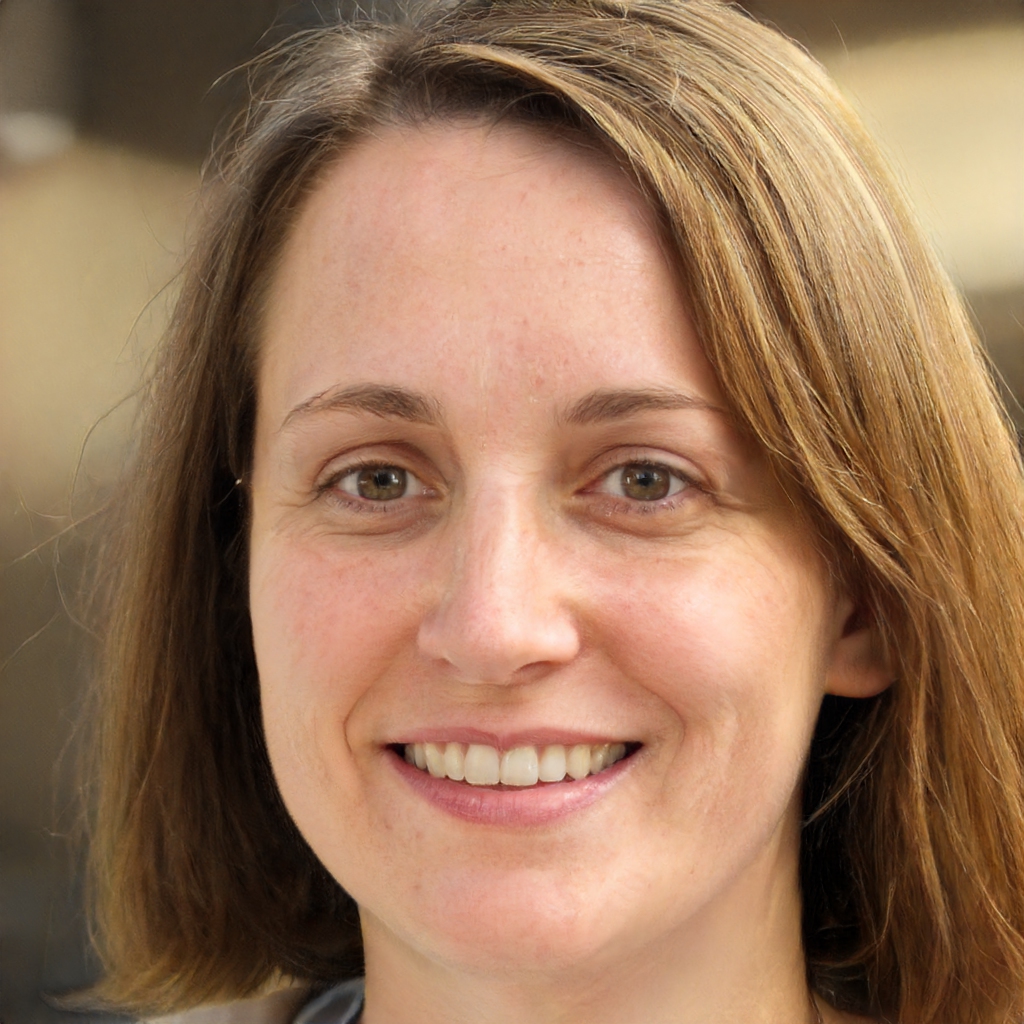 Hire Blockchain Developers: Everything You Need to Know

What Are the Responsibilities of a Data Engineer Manager?

No Code Development: Is It Worth It?