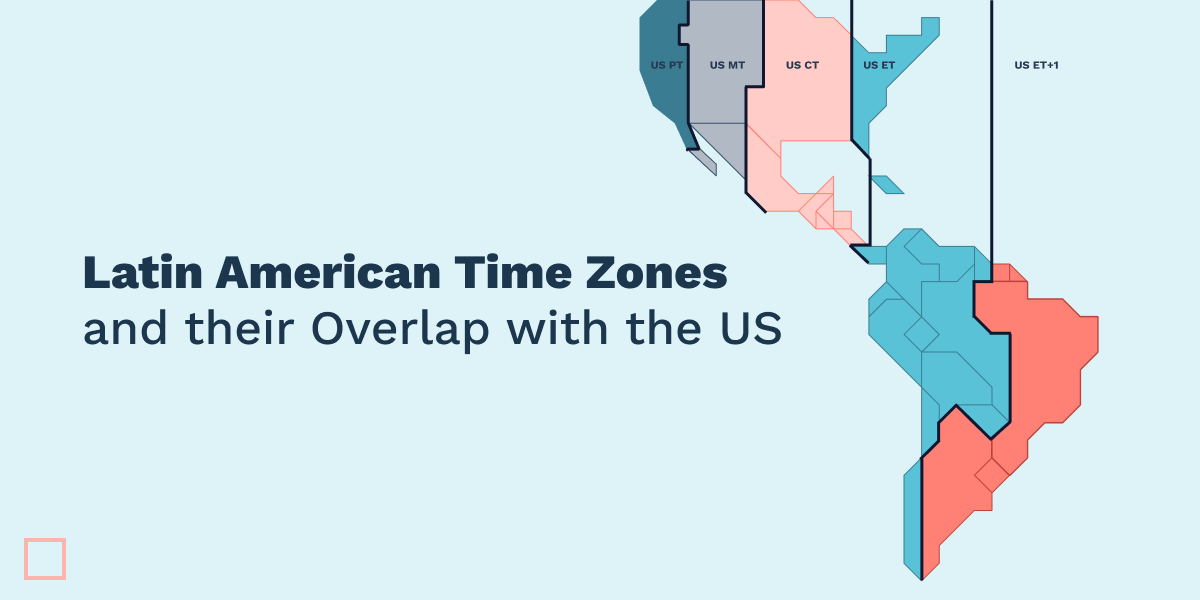 Latin America Time Zone Alignment with the US

Remote Teams
Published on
June 14, 2022
•
Updated on
August 24, 2022
Author
•
Reх Huхford
Reading Time
•
Latin America's time zones align with US time zones. Learn which Latin American countries use US time zones and how this can be leveraged to build synchronous remote teams.

Latin American countries, such as Mexico, Brazil, and Argentina, have a variety of time zones. Some of these time zones overlap with the United States, which can be a game-changer for companies that want to hire remote workers from Latin America.

Here's an overview of how Latin American time zones overlap with the US and why that can be good news for you to expand your remote workforce.

Latin American Countries That Share Time Zones With the US

One of the biggest challenges of hiring remote talent is the time zone difference. Globally distributed teams that operate in highly diverse timeframes can face communication and operational issues. That's why US companies look to hire workers in the same or similar time zones to streamline communication and operational processes between various teams.

Latin American time zones are ideal for this purpose. While some Latin American countries have the same time zones as the US, others only have a few hours' difference, which often does not interfere with an organization's operations.

Here's a look at Latin American countries that share time zones with the US.

Mexico uses US PT within the state of Baja California. Thus, if you live in states following the US Pacific time zone, you can hire remote workers from Baja California, allowing your US employees to collaborate in real-time with their Mexican colleagues.

The US MT is one of the nine standard time zones in the United States. It is located in the Mountain Time Zone (GMT-7), which means it is seven hours behind Greenwich Mean Time during winter and six hours behind GMT in summer.

The US MT includes states such as Colorado, Idaho, Montana, New Mexico, Utah, and Wyoming. The time zone is also sometimes called "MST" or "MDT" (for daylight savings time).

Mexico uses US MT within the following states:

If you live in a state that follows the US MT, look for remote workers in the Mexican states listed above. It will allow your distributed teams to work during the same hours and avoid possible communication difficulties.

Most Latin American countries share the UTC, allowing US companies to hire remote workers from these countries with little to no difficulty. More importantly, all these countries have a wealth of talented IT professionals proficient in English, the primary language of business in the United States.

It's worth noting that since salaries in these countries are lower than in the US, companies can save a lot of money by hiring talent from the listed areas while getting the same skill and expertise level the US workers provide.

The similarity in Latin American time zones is good news for US companies as they can onboard remote talent from countries like Mexico, Panama, and Cuba, where hiring costs are quite low. Moreover, the boom in technological advancements and government-led STEM initiatives in these countries mean there's no talent shortage.

South American Countries That Highly Overlap With US Time Zones

When hiring remote workers, companies need to consider the time zones of their employees. Little to no difference in working hours can ensure everyone is always on the same page.

South America is a great place to start if your company is up for hiring remote workers. Many countries in this continent have time zones that overlap with the US, offering plenty of benefits for businesses. In most cases, there's only a one-hour difference.

The following countries are only an hour ahead of the US Eastern Time:

Let's see how US companies can take advantage of hiring remote talent from these countries. Take Argentina as an example. Millions of users entered the crypto market in Argentina in 2021, creating a plethora of jobs for developers, marketers, and other professionals in the space. The country also has a large pool of highly skilled workers, affordable labor costs, and flexible working hours.

Another benefit is the lack of language barrier since Argentina scored the highest on the English Proficiency Index in all Latin American countries. Other countries listed above also offer similar benefits for US companies, making them ideal destinations for remote work.

Remote work has become a norm today, encouraging companies to hire foreign talent. However, when you work with employees in other countries, you need to ensure they are active when you are. Otherwise, you may have trouble communicating and have to wait for hours to get a response on something that could be potentially urgent. The key to success with remote work is effective communication and collaboration.

That's why it's highly beneficial for US companies to hire talent from South American countries. Many Latin American time zones overlap with those in the US, and those that don't are only an hour or two ahead, giving employees ample time to share ideas and communicate.

As mentioned, a common problem in hiring foreign remote workers is the difference in time zones. Working within diverse hours can hinder effective communication and lead to misunderstandings and errors in the delivered work. Also, scheduling video conferences or calls is challenging since everyone is not available simultaneously.

When US companies hire Latin American workers, they avoid the issues listed above because there's no significant working-hour difference. Local employees can easily collaborate with their remote colleagues on projects as they are in the same or similar time zones. The teams can also easily conduct meetings and get quick responses to queries.

Besides streamlining the work process for employees, hiring workers from Latin American time zones benefits US companies in another significant way. Businesses that opt for Latin American remote workers can leverage a larger talent pool and hire the best workers for the job regardless of their location.

Access to the larger talent pool means more chances of finding the most suitable candidates for your company and the role at a more affordable cost. The best part is that you don't have to sacrifice synchronous collaboration. Teams in the US and Latin America can work in shared time zones, complete their work on time, and reach out to each other whenever required.

The cultural similarity between disperse teams can positively impact the entire organization through higher creativity and productivity. Employees often feel they can better relate with colleagues of similar cultural backgrounds, and once a connection forms, a workplace becomes a more comfortable and cohesive environment.

A culturally similar workplace can also help attract and retain top talent, as potential employees are likely to feel like they would fit in. US companies can ensure cultural similarity by hiring remote talent from Latin America rather than Asian or European countries.

It's Easier to Be Competitive on Compensation Outside of the US

When you hire employees from outside the US, you have a higher chance of being competitive on compensation since salaries in Latin America are lower than in the United States. For example, a US software developer earns around $106,605 per year compared to a software developer in El Salvador who earns $43,200 per year.

Therefore, hiring Latin American talent can help you save money in two ways. You can onboard candidates with the same skills as US employees at lower compensation while offering a competitive salary to attract top talent in the region. If local companies offer $43,000 a year to software developers, you can easily attract them with an offer of $50,000 a year. You'll still save more than half of what you'd otherwise have to pay a US software developer.

Since many Latin American time zones overlap with US time zones, you can hire Latin American remote talent to expand your reach globally, lower your hiring costs, and enjoy synchronous collaboration in your organization.

With Revelo, you can source and hire vetted Latin American talent in just a few days. All you have to do is specify your requirements, and Revelo will find you the best English-speaking and tech-vetted talent from its network of 300k professionals. Ready to find your next tech hire? Let's go. 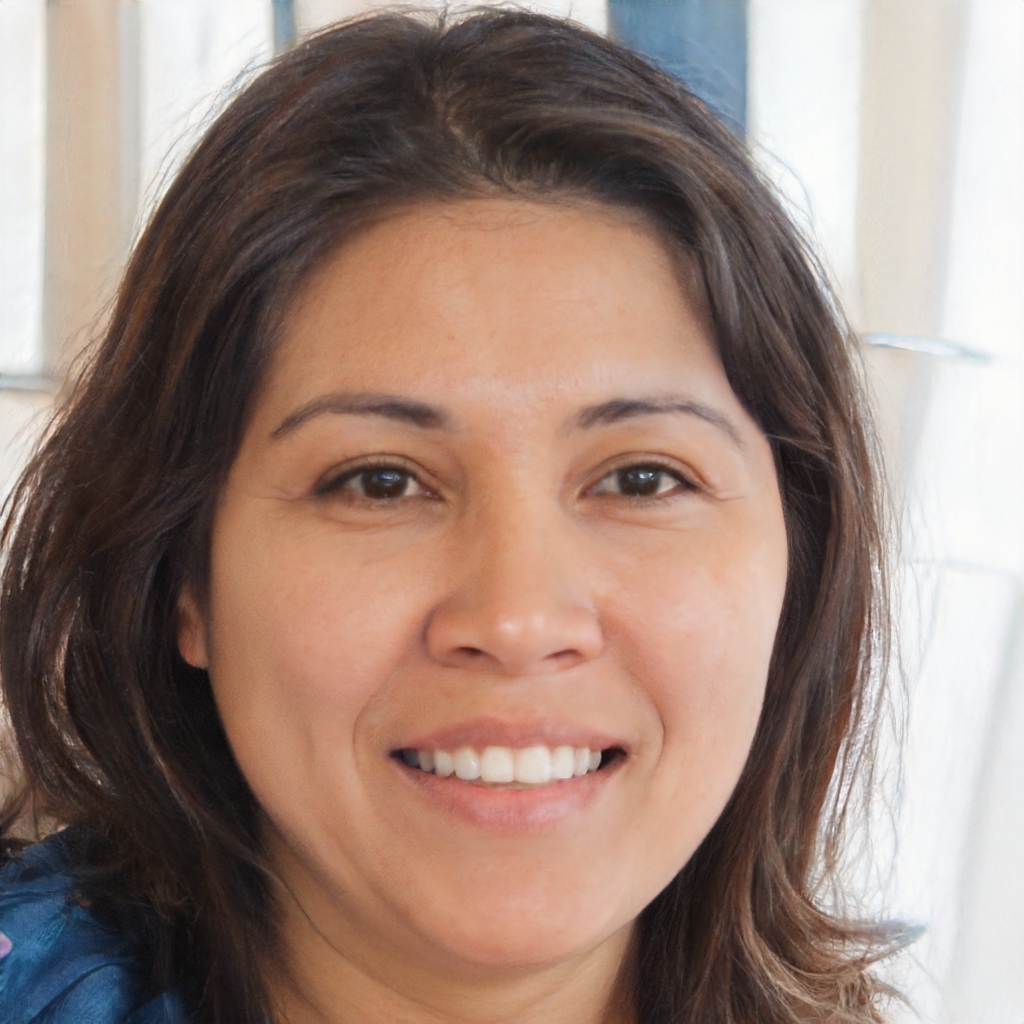 Tech Ladder Template and Everything You Need to Know

Hire Web3 Developers: Everything you need to know