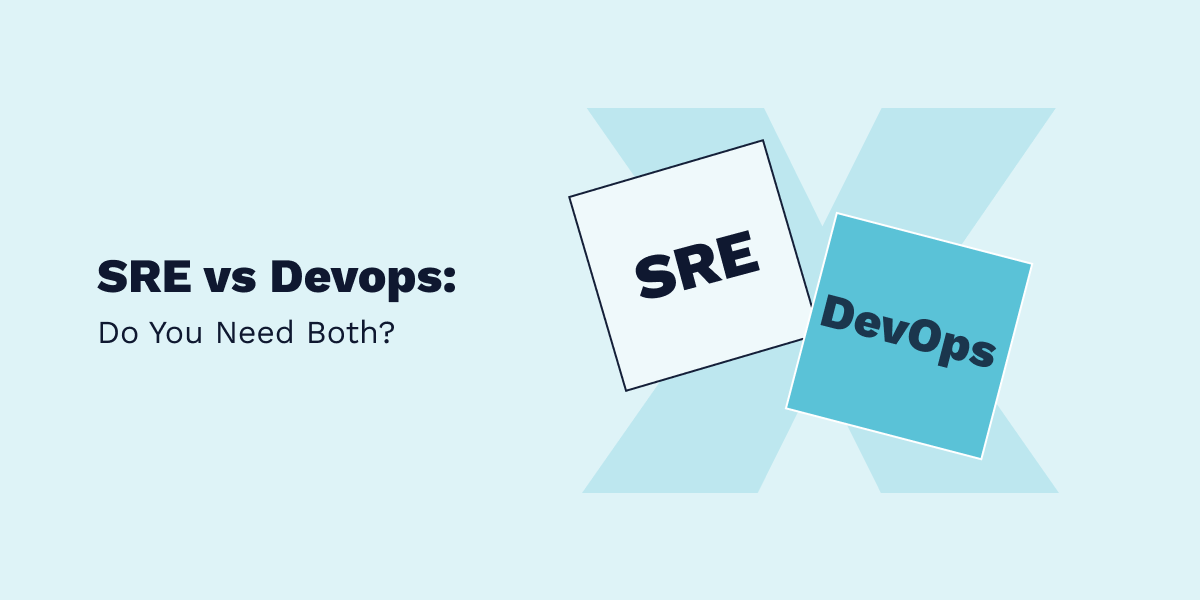 Software Development
Developer Insights
Published on
January 23, 2023
•
Updated on
January 27, 2023
Author
•
Reading Time
•
The SRE and DevOps methods have unique differences but are both viable for your project. Uncover the key differences and the role each plays on your team.

Whether your a startup or well-established company in the tech field, knowing the difference between what SRE vs DevOps are can be helpful for you to strategize on which way to onboard these types of software engineers.  Or maybe you are currently a software engineer looking to level up your skills in one of these directions.  If either of these is your current case, please read on as we have broken it down for you.

What is SRE vs DevOps?

The importance of having DevOps Engineers (DevOps) and Site Reliability Engineers (SREs) are sometimes overlooked in the software engineer world. Moreover, many organizations wonder whether you need one or both on your team. Many companies don’t even realize the difference between the two and will use the terms interchangeably when looking to hire someone to fit their specific role on their team. These two positions are sometimes confused with one another. Thus, it's confusing when deciding which one you need for your team, or if you need both.

Certainly, an SRE would not be able to properly perform a DevOps job and vice versa. Each has its roles, responsibilities, and qualifications, and neither should have to handle the other’s responsibilities. But what exactly are these two roles, and what unique responsibilities do each have?

While they have their similarities, such as their contribution toward the improvement of the product release cycle in software development and the use of automation and collaboration, they also have stark differences that set them apart in how they operate.

Both titles are in demand, especially as technology continues to evolve. But, when it comes to DevOps vs. SRE, which one do you need for your team and organizational systems, and do you really need both? What is this gap between development types? Read on to know more.

What Is a Site Reliability Engineer (SRE)?

SREs primarily focus on the operations of a team.

In short, SRE essentially calls for software development and IT operations to be intertwined as a unique approach to an application’s lifecycle and service management. The term site reliability engineer, or SRE, was first used by Ben Sloss, Google’s VP of Engineering, in 2003. Although SRE is related to DevOps, it has fundamental differences that set it apart.

Some of what SRE focuses on include:

SREs use their practices to create robust infrastructures and services, offering these to their company and those who typically create and deliver applications, such as software developers and computer programmers. Their primary responsibility is to ensure that systems remain dependable, robust, and accessible.

What is a DevOps?

DevOps teams primarily focus on the development of operations.

DevOps includes certain tools, practices, and a cultural philosophy to integrate and automate tasks between IT and software development teams. The main responsibilities of a DevOps engineer include fostering empowerment for strong teams, communication and collaboration between teams, and automating technology.

Some of what DevOps focuses on include:

The SRE approach to software development differs when compared to DevOps. SRE focuses more on operations and ensuring that everything is functional. What exactly does an SRE do?

Covers the How Part of Programming

Unlike DevOps, which focuses on developing operations and programs, SRE focuses on how something is programmed and ensuring its functionality. For example, SRE might focus on the following:

SREs embrace, manage, and measure risk. Despite their courage when it comes to failure, SREs are still careful when it comes to implementing changes and ensuring that these changes don’t affect the overall failure rate. Typically, when changes are implemented into software development, there’s always a risk that the software will fail. SREs hope to mitigate that risk.

SRE emphasizes reliability, scalability, and availability. But what exactly are these factors and why are they important?

System reliability is when a system correctly performs its actions without needing repair, thus creating reliable systems. System scalability means a system’s performance can increase or decrease in response to changes. System availability refers to when a program is operational at a specific time instance.

Uses a Development Team for Each Release Cycle

SRE encourages using development teams for each release cycle. While this may seem redundant, it actually benefits the organization. When code is modified and updated, it’s possible that the code can break. It becomes more possible with each release cycle as the code continues to receive updates.

However, using a team to oversee the release cycles can help catch bugs before the release happens. It’s important to catch bugs and defects and solve them before release because when software is released with defects, your company can lose credibility, time, and money.

The Benefits of SREs

There are several benefits to using an SRE, including:

Unlike SRE, which focuses on operations, DevOps culture focuses on development. But what does this entail?

The core principles for DevOps include the following:

One of the main responsibilities of DevOps is developing and implementing new features. From brainstorming to jotting down ideas onto paper and then turning those ideas into actual functional properties, DevOps covers the entire developmental process from start to finish.

Works From the Perspective of the Development Environment

Development environments are workplaces with the necessary tools to help you develop your ideas and turn them into programs and source code. Any application or program that you use has been deployed through developmental environments, such as Adobe Flex and Microsoft Visual Studio.

DevOps allows developers to formulate their code straight from the development environment, streamlining the coding process and allowing developers to create products and services much more efficiently and effectively.

Focuses on Continuity and Speed of Production

DevOps also calls for a focus on continuity and speed of production, ensuring that programs and services are developed as quickly as possible. Continuity helps software document and store critical information regarding their company, helps developers stay organized, and ensures that their data is accurate.

Speed of production is equally important as it allows more products to be manufactured in a single day, reducing both time and cost for the development team and the organization.

The Benefits of DevOps

Similar to SREs, there are plenty of benefits to implementing DevOps into your team, including:

Why You Need Both on a Development Team

The debate between DevOps vs SRE has been around for a while now, and many are still unsure of whether they need one or both, or how having both is beneficial.

SRE and DevOps are two very different methodologies. However, despite their differences, they also possess similarities. With that in mind, it’s important to understand that these two methodologies are not competitors. Instead, SRE can often supplement DevOps and vice versa. Using these two tools together can benefit a business more than just using one or the other.

Ensures Both Operations and Development Are Efficient

One of the main benefits of implementing both SRE and DevOps into your development team is that you’ll be focused on both the operations and development processes, ensuring that both are efficient and effective. But why are they so important, and are they both as important as the other?

Generally, operations come in three steps: you write your software, you test your software, and then you push your software to production. Everything is supposed to work out fine, but it doesn’t, and that’s because you lack sufficient operations, or don’t have someone to focus on them.

The same problem could occur in development. You brainstorm an idea, you put it down on paper, and then you send it off to the team to code. But then they hit a few snags, and it’s sent back to you to troubleshoot and fix.

But how do you focus on both of these simultaneously? It's achieved by implementing both SRE and DevOps methodologies together.

Additionally, SRE allows you to use tools and services available through flexible application programming interfaces, or APIs, and DevOps allows you to adopt the use of automation tools.

When you use DevOps and SRE together, you’re able to complement several different factors of programming, including:

As you can see, there are many similarities between SRE and DevOps, but many differences, too. No matter what, bringing on both an SRE and a DevOps expert will give you more benefits than if you were to just bring on one or the other. Implementing both methodologies will give your company a better chance at success.

How To Hire for Your SRE or DevOps Project?

Stuck on finding the best SRE or DevOps talent for your project? Look no further than Revelo, a talent marketplace focused on connecting U.S.-based tech companies with the best remote software talent that Latin America has. We help hundreds of companies quickly scale their teams in a cost-effective manner.

Once you tell us what type of tech talent you’re looking for, we’ll put together a pre-vetted list. So, you can choose your ideal candidate. Once you’ve done that, we handle everything else. From the actual hiring and the administration of benefits to payroll processing, we’ll handle the nitty gritty, allowing you to focus your attention where it matters most: on your company’s success. If you’re ready to meet with us, go ahead and schedule a meeting with one of our representatives.

Interested in learning more? Contact us today for a consultation, and let us help you scale your team. 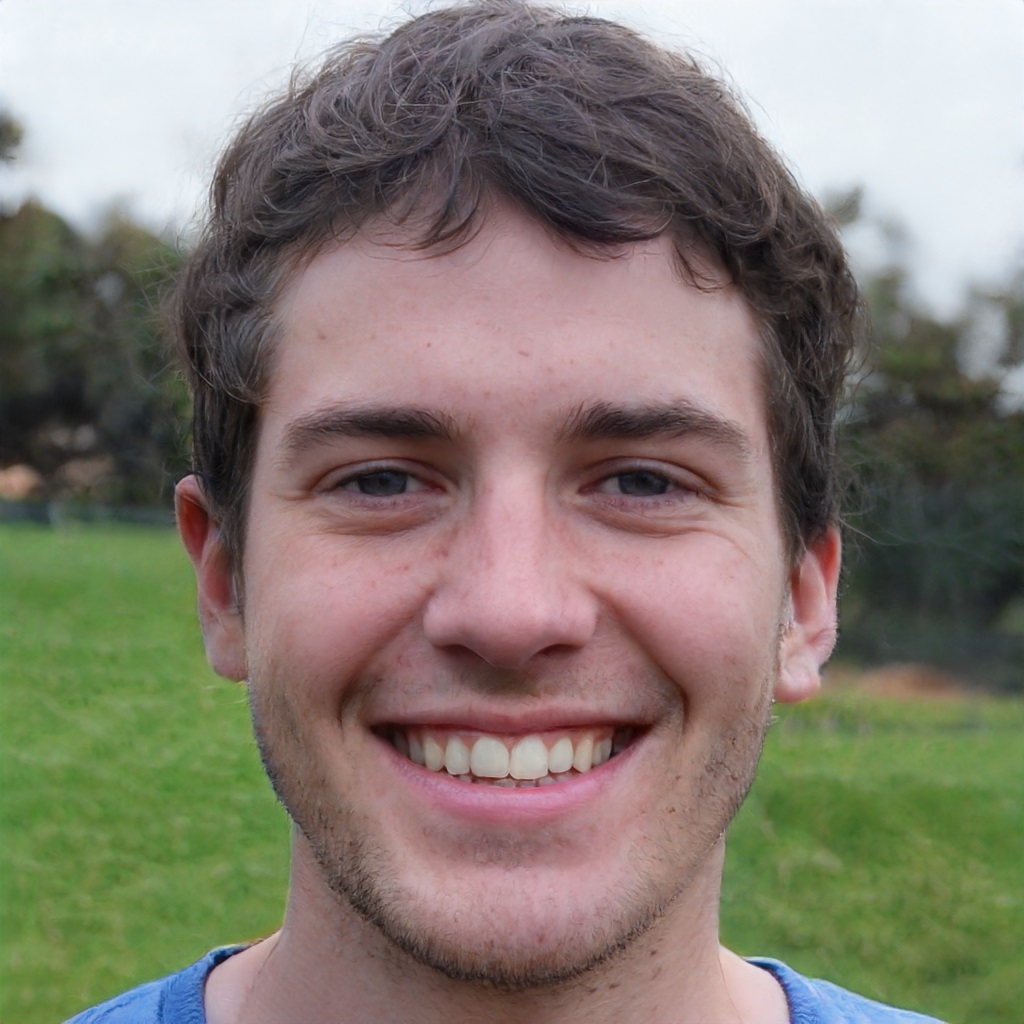 How To Launch a Mobile App

How to Test Programming and Coding Skills

What Is the Best Blockchain for Smart Contracts, and Why?