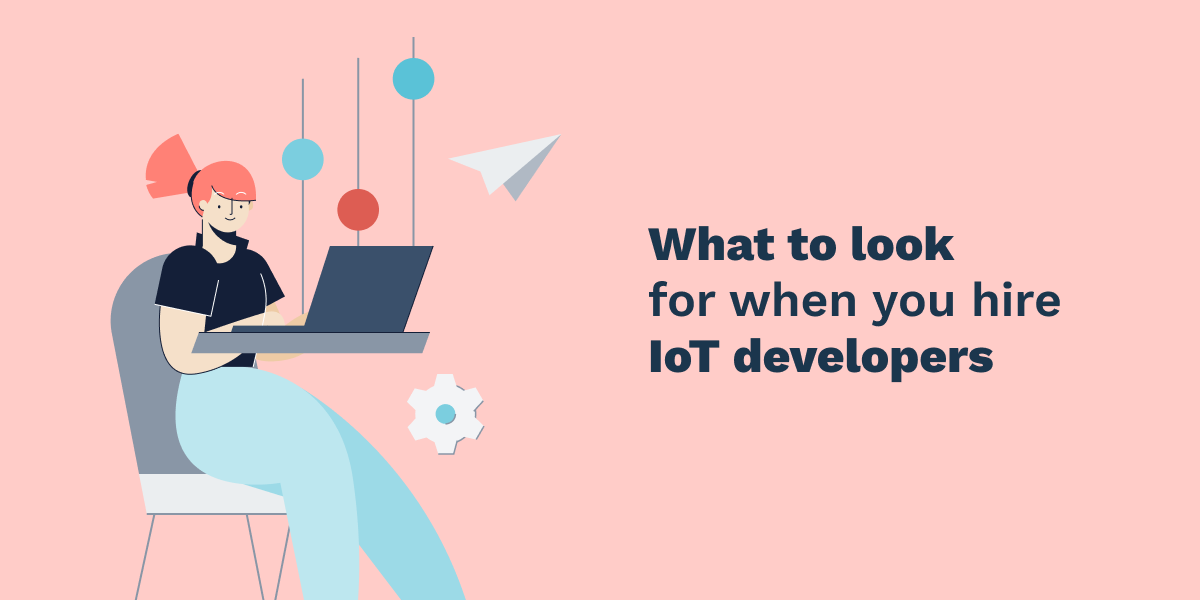 What to Look For When You Hire IoT Developers: Qualities and Expertise

Hiring
September 26, 2022
•
luan campos
Reading Time
•
If you're looking to hire IoT developers, you're going to want to spend time finding the perfect match. Find out what you should look for here.

The Internet of Things (IoT) refers to a network of "things" or physical objects that have software, sensors, and other technologies to connect and exchange data with other systems and devices over the internet.

IoT devices can range from complex industrial tools and healthcare monitoring devices to ordinary household objects like thermostats and fire alarms. Since they have so many applications, they've become extremely important over the past few years. According to Fortune Business Insights, the global Internet of Things (IoT) market will grow from nearly 308 billion USD in 2020 to 1,854.70 billion USD in 2028. This suggests that IoT is more than just a trend — it's the way of the future.

As such, you may want to stay ahead of the curve by creating IoT products. However, you can't just hire any developer for IoT development. You need to specifically hire IoT developers — programmers who have proven experience and knowledge coding, developing, debugging, and deploying IoT applications.

Do You Need To Hire Internet of Things Developers?

If you want to create an IoT device or system, you need to hire a team of IoT experts who can develop hardware and applications to transform your ideas into reality.

Hiring a team of generic programmers or developers isn't enough — developing, debugging, and deploying IoT devices requires specialized knowledge and experience. In the same vein, you should avoid hiring novice IoT developers who don't know how to test or build IoT devices from scratch. Otherwise, they'll take a long time to complete your IoT project. They may also create buggy, user-unfriendly IoT devices that don't appeal to your target market.

What You Should Look For in Developers of IoT Software

Here's a breakdown of what you should look for when sourcing and hiring IoT developers:

Experience With Your Specific Industry Vertical

Portfolio of Internet of Things (IoT) Projects They Have Worked On

You should also look at your potential hires' portfolio of IoT projects. This will help you determine if a hire has the experience and skillset you need.

Ask yourself the following:

Leading-edge IoT developers have an expert grasp of creating and implementing custom IoT solutions. Specifically, they should have the following skills:

Firstly, your IoT hires need to know how hardware works. IoT requires lots of sensors and other components, so developers need to have a thorough knowledge of hardware design to create and test IoT devices.

They should also know how to use engineering design software like AutoCAD to create smart networks of systems, machines, and devices that can work together to complete objectives.

IoT developers should also know how to bake security into IoT processes.

Without sufficient knowledge of security practices and protocols, your developers may create products that can easily be targeted by threat actors. Security is particularly important if you want to create a large IoT project with a sprawling network of systems and devices that need to work with each other's data. The larger a system is, the more likely it will be targeted by attackers.

Your ideal IoT software developer should also know how to design and implement an IoT network that is simple, efficient, and capable of managing all connected devices.

To do this, they should know the following concepts at a minimum:

Consumers these days want user-friendly, responsive products that are easy to use on mobile and desktop devices. Accordingly, your IoT team should have a good understanding of user experience (UX) and user interface (UI) to build a user interface that your customers will love.

Internet of Things systems produce mountains of data every day. As such, your IoT hires need to know how to use business intelligence (BI) tools. These tools will help your company understand data trends so that you can make strategic business decisions.

Here are the top BI tools that your IoT hires should know how to use:

An interdisciplinary field that uses processes, scientific methods, systems, and algorithms, data science involves extracting insights and knowledge from a broad range of data sets, including big data, structured, and unstructured data sets. Your IoT developers will then apply those insights across a variety of application domains, such as:

Application Programming Interfaces (APIs) are software intermediaries that let applications communicate with each other. They play a large role in IoT development because IoT devices and systems have to process a massive volume of interfaces and data.

By automating APIs, you can speed up workflows, reduce glitches, and improve user experience. Without automated APIs, your IoT product may occasionally require manual rebooting and modifications, resulting in increased overhead.

Last but not least, your IoT hires should know Artificial Intelligence (AI) and Machine Learning (ML). AI and ML can:

Finally, your prospective hires need to have honed project management skills. That's because IoT projects involve much more data, tech stacks, and hardware than other types of IT projects.

Specifically, your hires should be:

Examples of IoT Projects That Require a Developer

As you can see, IoT developers have many specific skills that will help you create IoT products. Here are three examples of how IoT developers can help you develop projects:

Development of the User Interface of Sensor Technology

If you're developing an IoT device or system that uses sensor technology, you need Internet of Things developers to help you create an easy-to-use user interface.

IoT developers will use their UI/UX and coding experience to design aesthetically-appealing user interfaces that minimize steps between users and objectives. For instance, they can help you create a user interface with an accessible sensor status menu that only requires one click to access. They can also help you implement new interaction modalities, such as augmented reality, robotics, emotion and voice recognition, and virtual assistants.

Most IoT projects now require you to create mobile apps for your devices. Once downloaded on devices, users can use these apps to control their IoT systems and devices from afar.

Unlike other programmers, IoT developers have the skills and knowledge to create a safe and fully functional IoT cloud platform. These include:

Indicators That You Should Add To Your IoT App Development Teams

After hiring your IoT app development team, you need to evaluate whether they're working well together. To do this, you need to determine:

Here are four key indicators that your IoT app development team is working effectively together:

Most teams consist of individuals with diverse perspectives, personalities, experiences, and ways of working. Without a common purpose, vision, or goal, disagreement and conflict will likely prevail.

Fortunately, you can encourage team members to work together by:

An effective team leader can do wonders for your IoT app development team. With their honed communication and leadership skills, they can:

You also need to clearly define who is working on what.

Assigning clear roles and responsibilities to each team member will help you:

Every team member should feel confident when communicating and co-operating with other people on their team. However, this is easier said than done, particularly when deadlines are fast approaching.

To ensure that your team is performing well in this area, you should encourage them to:

Where You Can Find Members for Your Dedicated Team of Developers

Now that you know more about hiring a dedicated IoT development team, you need to create a list of places to find team members. Here are the best places for sourcing, hiring, and onboarding IoT developers.

Freelancing sites like Upwork and Fiverr are great places to locate IoT developers. Many freelance IoT developers on these sites charge extremely affordable rates. Unlike full-time employees, they don't demand monthly salaries or benefits — they just charge by the hour or project. As such, you can save a lot of money.

You can also use LinkedIn to source and hire members for your dedicated team of developers.

By joining thriving IoT communities and interacting with promising candidates through direct messages and comments, you can easily find high-quality members for your team. You can also use LinkedIn Business tools like Career Pages and Talent Insights to target and locate IoT candidates.

Additionally, you can use talent marketplaces like Revelo to find and hire remote IoT app developers.

Unlike freelance sites and LinkedIn, talent marketplaces come with deep pre-vetted talent pools. This means you don't have to sift through candidates' profiles and resumes yourself.

Revelo, for instance, boasts FAANG-calibre IoT developers who have been pre-tested for their experience, English proficiency, and knowledge. We also have developers specializing in every language and tech stack, including:

Interested in working with us? All you have to do is talk to us about your project and we'll send you a list of IoT experts in three days. If you don't think they're a good fit for your project during our 14-day free trial, you don't have to pay anything.

Talk to us today to learn more about how we can help you. 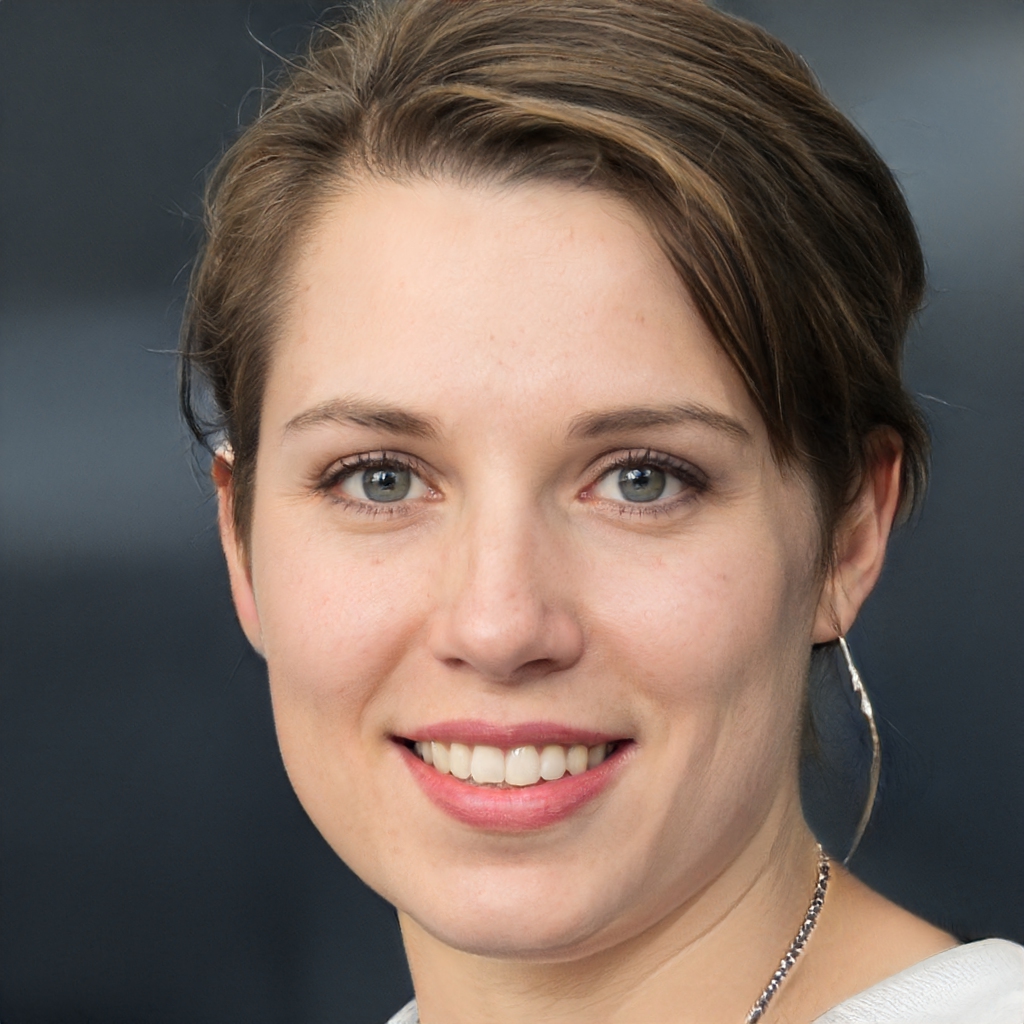 What Is Jira Software and What Is It Used For?

Software Engineering vs Software Development: What Does Your Team Need

Latin America Time Zone Alignment with the US

Hire Angular Developers: Everything You Need To Know [Full Guide]