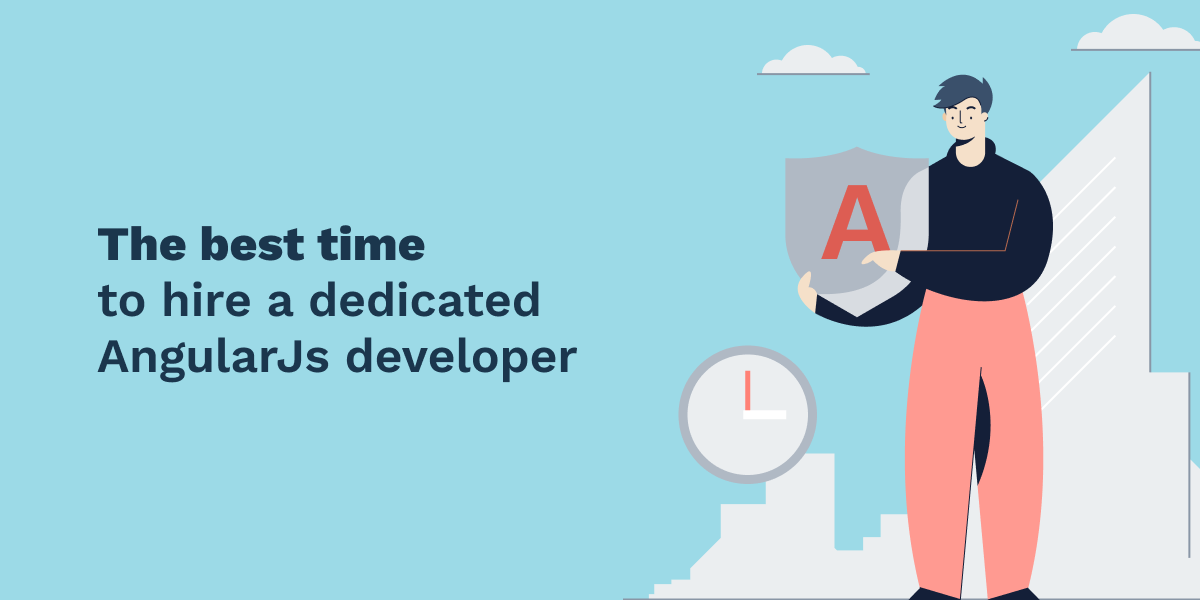 The Best Time to Hire a Dedicated AngularJs Developer

Hiring
Published on
June 7, 2022
•
Updated on
September 26, 2022
Author
•
luan campos
Reading Time
•
Do you need a dedicated AngularJS developer? Find out when you need to hire a dedicated developer for your team.

These developers are fluent in AngularJS, a robust development framework for front-end app development. They can use their advanced programming skills to create memorable user interfaces (UI) and user experiences (UX).

Angular Developers and Their Purpose in Software Development

AngularJS developers play a vital role in front-end app development — they create everything that the users hear or see on your app. This includes:

When Is It Time to Hire a Dedicated AngularJs Developer?

Now that you know what role Angular developers play in software development, let's explore when you should hire a dedicated AngularJS developer.

In general, there are two main reasons for hiring a dedicated AngularJS developer:

For many industries — especially user-driven and content-heavy niches like eCommerce and streaming — dynamic apps are the only way to go. That's because they provide the following benefits:

Hybrid apps fall somewhere in between native apps and web apps. Essentially, they're web apps with lightweight native app "containers" that allow them to access certain native features, such as device cameras, push notifications, and calendars. As such, they work across multiple operating systems and devices.

As previously covered, SPAs are apps that work inside a browser and don't require constant reloading. They offer a multitude of benefits, including:

As the name suggests, unit testing involves testing individual units of code. Developers use these tests to locate flaws in their code and answer questions like, "Did I use the right sort function there?" and "Why isn't the app executing the way it should?"

Now, you may be wondering, why hire AngularJS devs for unit testing? Doesn't every developer know unit testing?

While it's true that every experienced developer should know how to unit test, AngularJS devs are especially proficient at unit testing. That's because the AngularJS framework offers many functions that make unit testing easier, including:

One of the most powerful tools for front-end app development, AngularJS lets devs work with any server-side or back-end technology as long as it works with the app through a RESTFUL API. Features like dependency injection and data binding also make it easier to create apps with less code.

You should also consider hiring AngularJS devs for upcoming projects that require a larger dedicated team.

Experienced AngularJS devs can work with your team to build, test, and deploy a fully-functioning app. They can also help your team:

Keep in mind that you should only hire AngularJS devs to augment your team if you have an existing Angular dev team. If your current dev team knows very little about Angular development, your new hires may have a difficult time fitting into your team. This, in turn, can lead to miscommunication, delays, and missed deadlines.

Skills to Look for in an Angular Programmer

Before you start hiring, you need to know what skills to look for. Here are the top four Angular programming skillsets:

The ideal AngularJS programmer should have at least a few years of experience working with an Angular development team.

As mentioned above, AngularJS programmers can't work in a vacuum — they need to work in an Angular development team. Otherwise, your new hires may not mesh well with your team.

At a minimum, your hires should have experience working with the following Angular team members:

Moreover, your Angular hire should have a thorough understanding of Angular applications and principles.

At a minimum, they should know how to use the following:

Most Angular apps have a modular design, so your hires need to know how to work with modules. Specifically, they should know how to:

Data binding automatically keeps your app updated based on your application's state.

AngularJS hires should know how to use data binding to specify things such as the state of a button, the source of an image, and data for particular users.

Directives are JavaScript classes that define the behavior and structure of the app. They provide the majority of UI functionality for Angular apps.

Your AngularJS hire should know how to use the three main types of directives:

Dependency injection involves providing dependencies to an object that needs them instead of having the object construct them itself.

Your AngularJS developer needs to know how to use dependency injection for:

Finally, your hires should know how to use pipes.

A Wide Array of Technical Skills

The ideal AngularJS developer should possess a wide array of technical skills, including fluency in JavaScript and the ability to write configuration, build, and test scripts for apps.

Most companies look for the following:

A Broad Range of Soft Skills

However, having a wide array of technical skills isn't enough. Your AngularJS hire also needs to have the following soft skills:

Hiring the right AngularJS developer for your team can be difficult, despite the variety of platforms you can use to hire candidates. Almost every job site requires you to:

Fortunately, there's a quick and simple way to source and hire Angular developers — through innovative hiring platforms like Revelo. Unlike traditional job sites, Revelo has a pre-vetted pool of FAANG-calibre developers who have been rigorously tested for their experience, English proficiency, and knowledge. What's more, we boast developers specializing in every tech stack imaginable, including:

Interested in building apps with our AngularJS developers? Reach out to us today and tell us about your project. In three days, we'll send you a list of the best developers for your team. If you don't think they're a good fit during our free 14-day trial, it's on us. 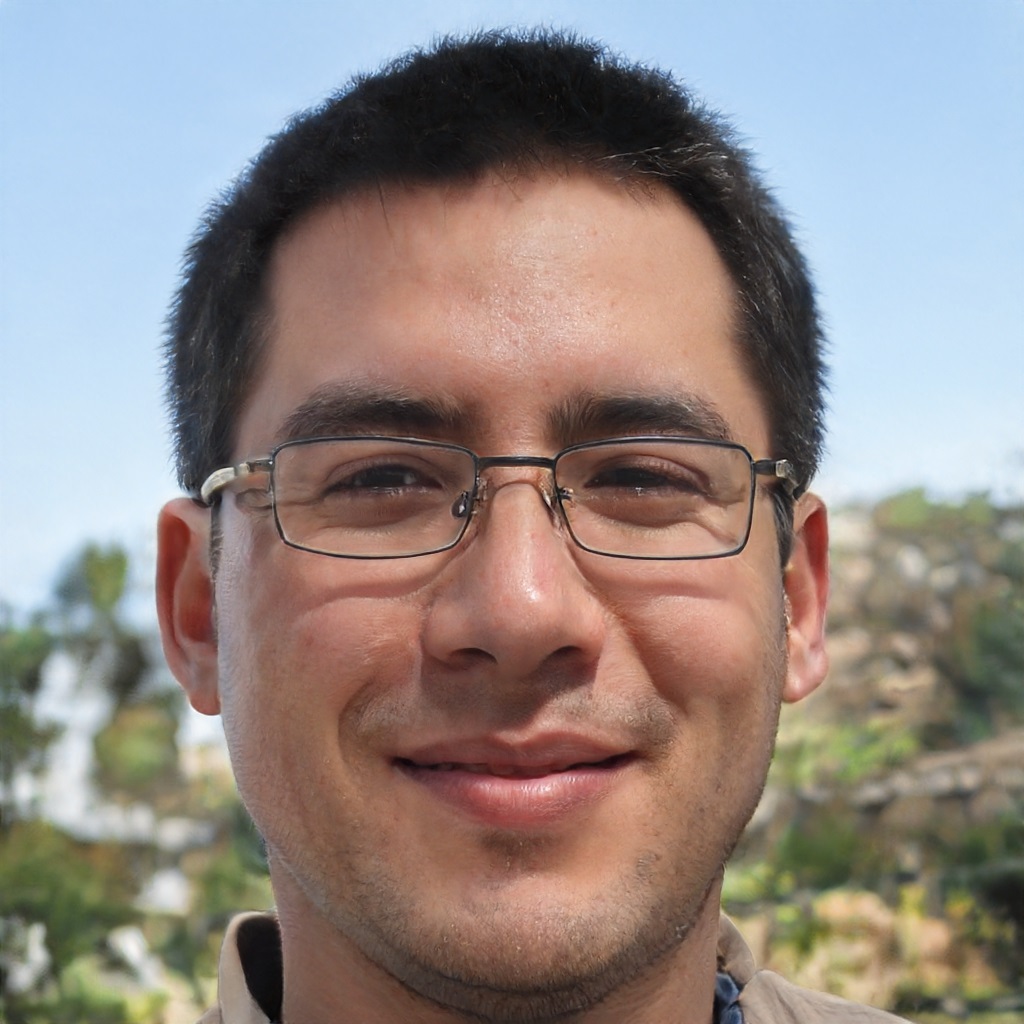 Hire a Tech Lead: Everything You Should Know

How to Hire Unreal Engine Developers

The Benefits of Adding a Full Stack Developer to Your Team

Hire Solana Developers: Everything You Need to Know